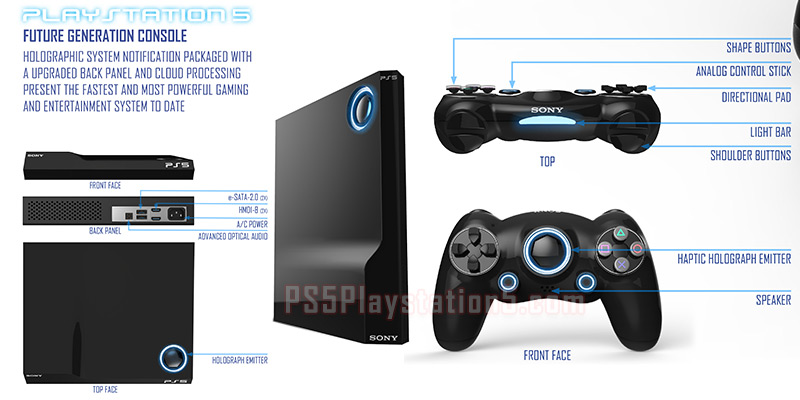 With the PS4 Pro and Xbox One X out in the wild, we’re back to the waiting game. When will Sony discuss the PS5 in detail? When will it release? These questions remain in the back of our minds as we move into the future of gaming.

While we wait, it’s time to level our expectations. What can we realistically expect from the PS5? Join us as we separate reality from fantasy.

5 Things You Can Expect From The PlayStation 5

When we dream about the PS5, it’s easy to let our imaginations get away from us. It’s always fun to dream big, but what should we expect from the next PlayStation? Where do we draw the line between what is realistic and what is not? 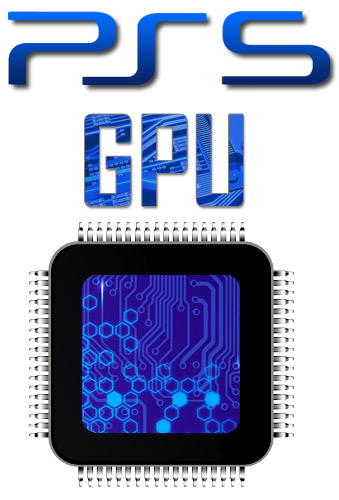 The battle for 4K is a hot topic right now in gaming. Both the Xbox One X and the PS4 Pro have a strong focus on 4K resolution. The Xbox promises true 4K, but it doesn’t always hit that mark. While Microsoft will make it a focus on their games, other titles may not opt for a 4K enhancement.

Other games like Overwatch use a dynamic scaler to change the resolution based on the situation. In action-heavy sequences, the resolution drops below 4K and then rises back to that threshold when the action dies down.

Meanwhile, PS4 Pro is using a technique called Checkerboard Rendering that can push resolutions much higher than 1080p, but it still doesn’t hit 4K all the time.

4K gaming is an illusion right now unless you’re a PC gamer with a powerful rig. No one is getting all 4K all the time, regardless of the console. You can expect this to change on the PS5.

Sony and Microsoft are talking about teraflops more than ever. The higher the number, the more likely that the console can support 4K gaming. Microsoft is in the lead with Xbox One X, which boasts 6 teraflops.

Many analysts, including Michael Pachter of Wedbush Morgan Securities, believe that Sony will push as many teraflops as possible to beat Microsoft’s console. A reasonable range would be 8-10 teraflops for the PS5.

This would be sufficient to facilitate 4K gaming far more often than current consoles. With the entire industry obsessed with 4K, you can bet this will be a major feature on the new system.

Virtual reality was nothing more than a pipe dream for the longest time, but in 2017 it finally hit the mainstream in a big way. Oculus Rift and HTC Vive were slowly picking up steam, but it wasn’t until PlayStation VR launched that we really saw a lot of discussion surrounding the technology.

In the first year, Sony moved over 2 million VR headsets and sold 10 million VR games. Those are some seriously impressive numbers for a new peripheral that costs as much as $350 or more depending on when you bought it.

The VR market is still young and growing steadily, but now that so many people have had the opportunity to experience it for themselves, it’s clear that this could be a new way of experiencing games in the future.

This leads me to believe that we can expect a next generation VR headset when the PS5 launches. The PS4 Pro has already shown that some additional power really makes a difference in VR, so we can only imagine the leap that will happen when the PS5’s power is dedicated to virtual reality.

Of course, this is entirely dependent on how PlayStation VR performs in the coming years leading up to the PS5 launch, but as a personal owner of one and a VR enthusiast, I’m very confident that Sony will see fit to launch the PS5 with a VR option.

While there has certainly been a rise in digital downloads, I don’t think we need to concern ourselves with a PS5 that doesn’t take discs. It’s possible that, years in the future, we’ll see a system without an optical drive, but that change won’t happen in the next generation.

For starters, there’s still a large market for physical media. Collectors and hardcore gamers will always prefer something they can see or touch instead of a download. It’s easy to look at things like Netflix and say that streaming is the future, but keep in mind that streaming games is a whole different story.

Even if we wanted to skip the downloads and offer streams, services like PlayStation Now struggle to do this reliably without a consistently strong internet connection. Even with the ideal conditions, streaming a game could still have problems like frame rate drops and input lag.

Again, these problems could be solved in the future, but people aren’t interested in leaving physical media behind just yet. Our own polls have shown that gamers want an optical drive in the PS5.

In addition to this, the PS5 will most likely support 4K UHD Blu-rays. This is a feature that the Xbox One S and X support, but PS4 Pro does not. At the time of release, Sony said they believed 4K streaming was the future, but people were not happy about the lack of support for discs.

While the backlash wasn’t incredibly high, it was enough to make some waves. Sony shouldn’t let something as simple as 4K Blu-ray support go to Microsoft as a win. We will see it on the PS5.

Now that games have reached such incredible peaks of fidelity, we find ourselves looking deeper and deeper into other details. Ten years ago, you didn’t hear much talk about frame rates or overall performance.

Yes, it mattered if the game performed poorly, but it wasn’t until recently that I’ve been seeing more and more people arguing about the 30 FPS vs 60 FPS difference. With PS4 Pro, a lot of recent releases even give gamers the option to choose between a higher resolution or higher frame rate.

The PS4 Pro also has a setting for “Boost Mode” which allows you to unlock the system’s potential for increased frame rates, even if the game doesn’t natively support the Pro system. These options, coupled with rising discussions about performance in games, leads me to believe that Sony will shoot for higher frame rates wherever possible.

While some PC gamers are hitting 120 or even 240 frames-per-second, The sweet spot for most gamers is 60. A lot of games struggle to even hit that, but when they manage to make it work, it’s a very smooth experience.

The PS5 will shoot for the stars, but I think a realistic expectation should be a 60 FPS standard on PlayStation 5 games. Anything lower will be for stylistic reasons, but the system will have no trouble hitting the 60 FPS mark.

Since the PS2, game graphics have made steady strides forward with each generation, but with the PS4 we’ve reached a plateau. The best looking games are incredibly realistic, but there’s still room for improvement before we reach true photorealism.

I think we’re due for a generational leap, and that is why the PS4 Pro exists. It’s a stop-gap to keep gamers engaged while Sony lets technology reach a point where we can take that next leap.

Not only will the graphics leap forward, but the experience will as well. During an interview, co-founder of Three Fields Entertainment Paul Ross, discussed what believes the next generation will be like.

Specifically, he pointed to physics engines. Video game physics haven’t changed much since the early days of gaming. It’s time for a shift in how we create the worlds of our games. We need to simulate true physics to make the world feel interactive and believable.

This will require some serious power, but he believes the PS5 will offer far more interactive and dynamic worlds as a result of better physics engines.

The PS5 is going to be an incredible leap forward for gaming. We need to keep our expectations in check, but I firmly believe that the things we’ve discussed here will be present on the PS5.

What do you expect from the PS5? Let us know what features you want to see in the comments!

Ps5 what I expect.I expect the ps5 to be made with VR in mind. I think the main focus will be graphics and 4k because that’s what most of the consumers want, also this is evidently clear because the PS4 pro exists specifically for that reason. Telling fans to buy a VR headset most likely will piss them off because they probably think the company wants money so they will most likely sell the ps5 separately from PSvr 2 to keep the overall price down and market the psvr2 as an add on so players don’t feel like they need… Read more »

MANY people want to see backwards compatibility all the way back to the PSX, retro gaming is on the rise and becoming ever more popular, and it would be useful to a lot of people to have fewer consoles to play older games. I’ve heard Microsoft is planning something similar so it would be a good idea to do it. Also while I’m unaware of the abilities of the current system, Nintendo gave the ability to download earlier titles, as well as ones for the Sega Genesis and Atari, and the ability to play GameCube discs (as I’m sure you… Read more »