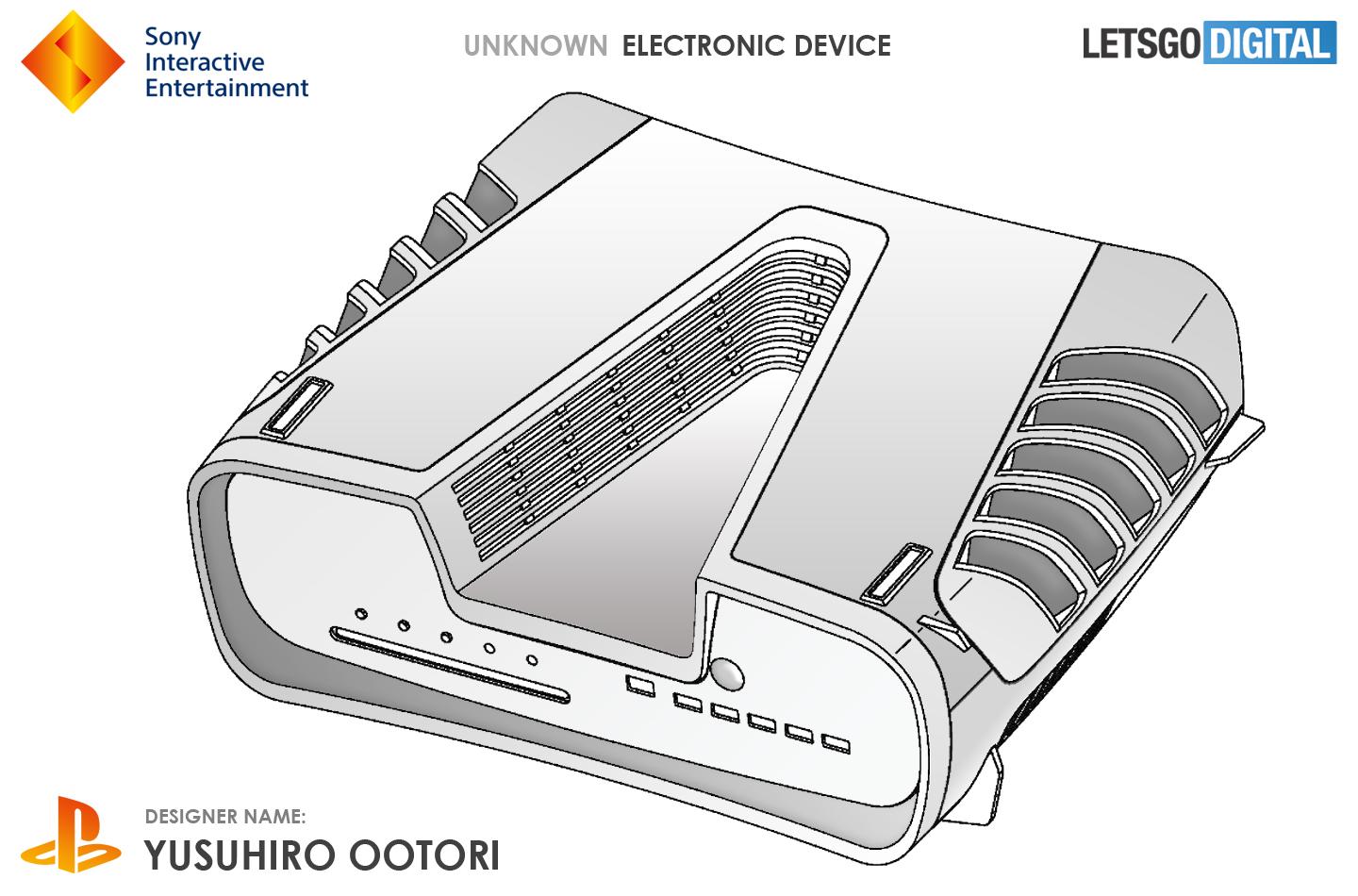 We heard a while back that PS5 development kits were going out, but until now we haven’t seen anything reliable about what they look like. All of that has changed, thanks to a new Sony Interactive Entertainment patent.

The images here, courtesy of LetsGoDigital, are a combination of drawings and some custom 3D renders of the concept as well. It’s certainly an interesting design. Let’s take a closer look and see how it compares to dev kits of old!

Breaking Down The Dev Kit Models

While people didn’t immediately assume that the concept was the PS5 dev kit, the connection came when Matthew Stott, a senior artist at Codemasters (known for racing games like Onrush, Grid, and F1) tweeted that it was indeed a dev kit.

Interestingly enough, the tweet has since been deleted. However, the exact wording he used was this: “it’s a dev kit, we have some in the office.”

Since the tweet was deleted shortly after, it’s pretty easy to assume that he wasn’t supposed to say that. Since the pictures went out, people have been making a lot of assumptions and comments about the look.

LetsGoDigital even went so far to create 3D renders of the concept: 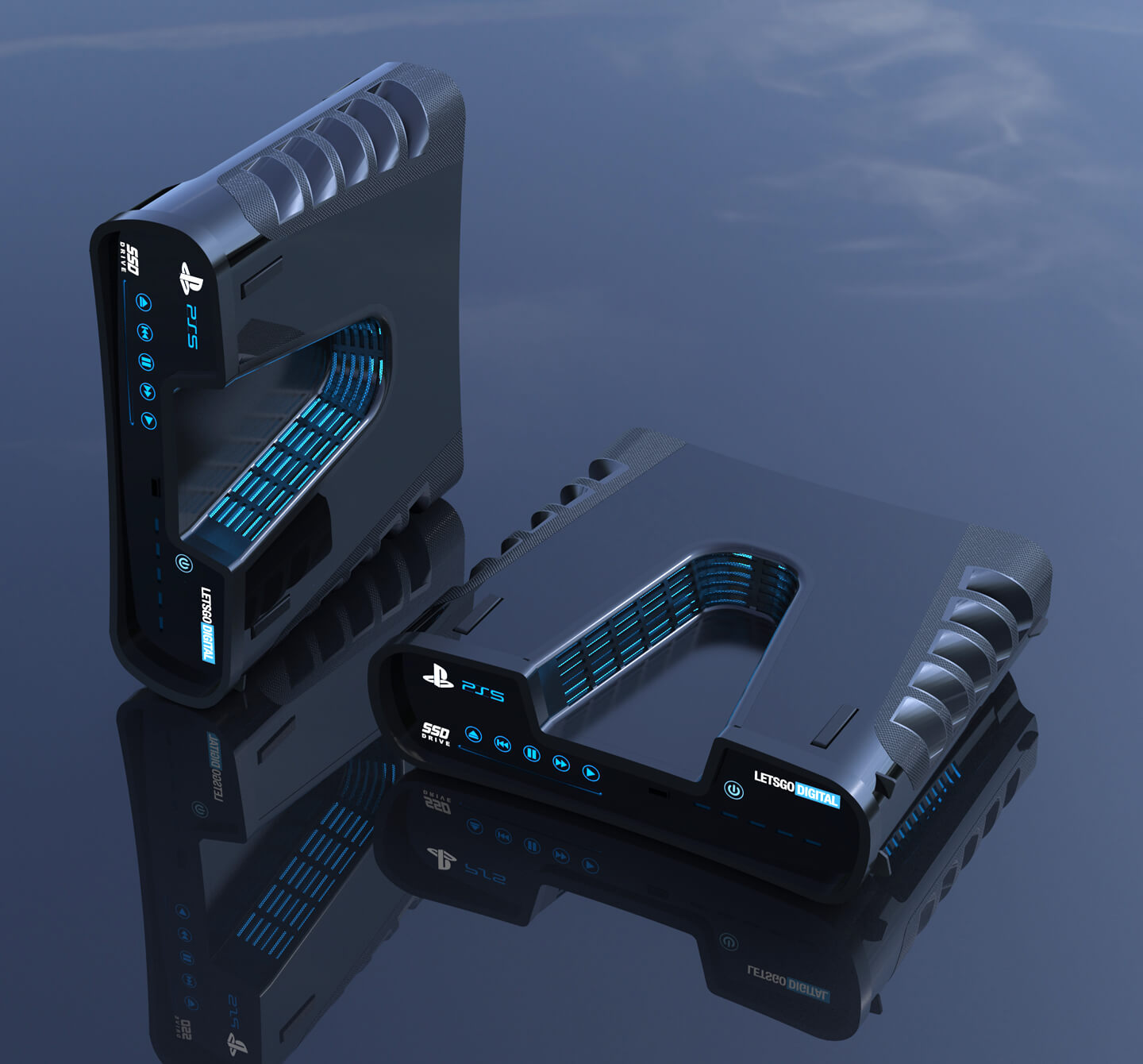 Now, one thing to keep in mind here is that dev kits rarely look much like the final product. They are just there to give developers the hardware they need to start making games.

To give you an idea of what I mean, this is the PS4’s dev kit: 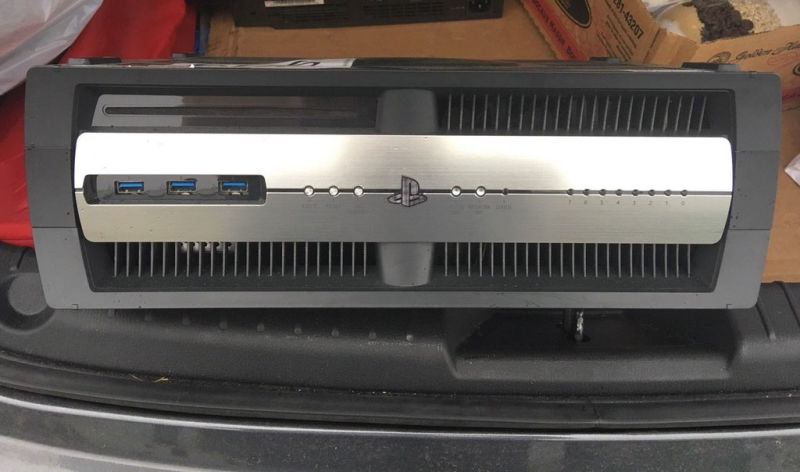 Also, for fun, this next image is the Xbox, PS2, Gamecube, and Dreamcast dev kits from left to right: 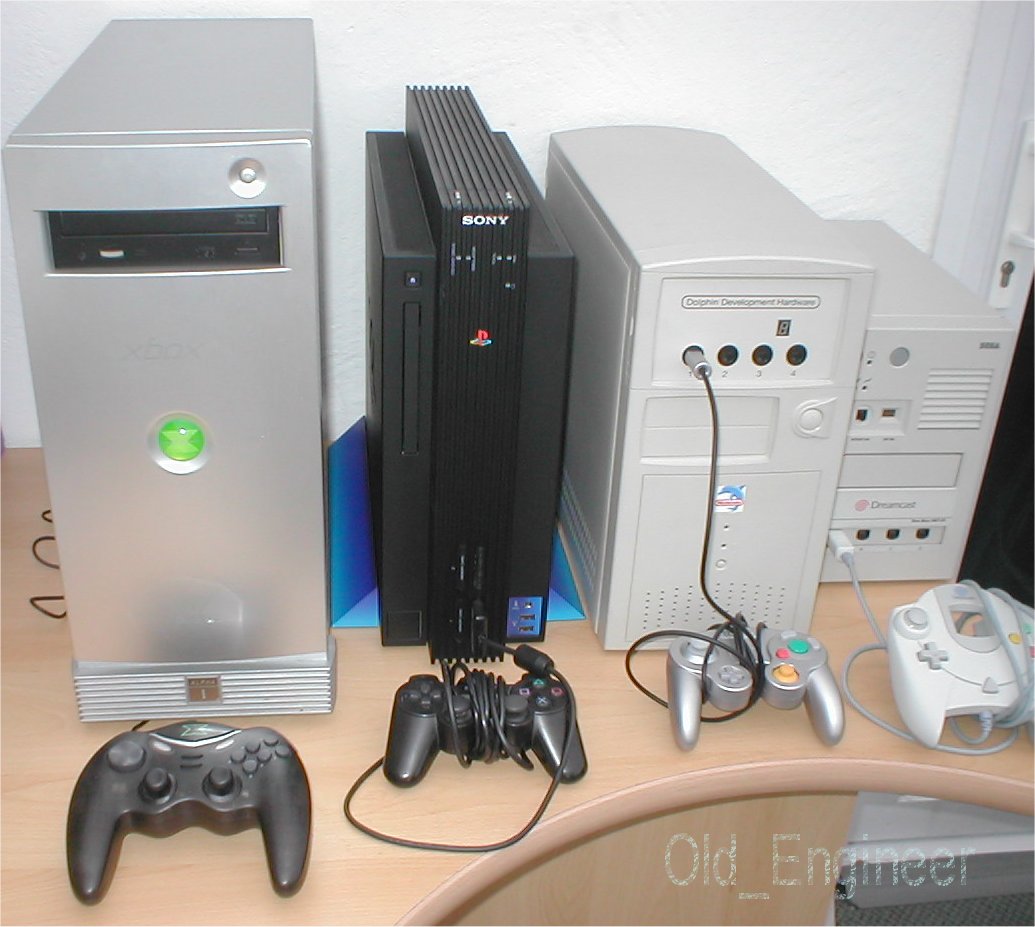 As I mentioned earlier (and showed), development kits are usually nothing like the final system design. That being said, people have been critiquing this look all over the internet anyway.

What I will say, is that the giant V in the center is an interesting element. It could be stylistic to signify the Roman numeral for “5,” but it could also be a way to add additional ventilation to the kit.

While the PS5 may not adopt the same design, the fact that the dev kit has such a high number of vents makes me think Sony is looking for ways to keep the system cool, especially given the kind of hardware we’re expecting under the hood.

Other elements, like the addition of an SSD logo on the front in the 3D renders probably won’t happen either. PlayStation designs tend to be sleek. That kind of hardware flaunting would be on the box, but not the console itself.

Beyond these mockups, you can also find plenty of other unique concepts and console designs in our full gallery.

What do you think about this crazy design? Despite it being a dev kit, would you want the PS5 to look something like this, or do you hate it? Let us know in the comments!

I believe this look for the new PS5 is far from what the consumers will be looking for when they look into home entertainment, I’m a firm believer that this entertainment counsel can you a better design because this is something your guest will see when they come over. I’m sure Playstation can do better then this.

I think it’s a step backwards for Sony,if this is the new design. This looks bulky and hard to place. When I see this it reminds me of xbox. Eww. Imho, try a more sleek design that can sit or stand.

Looks like a departure from the sleek, PS4 profile! If the final design looks similar to this, then Sony needs to pull a PS4-sleekness on top of it!