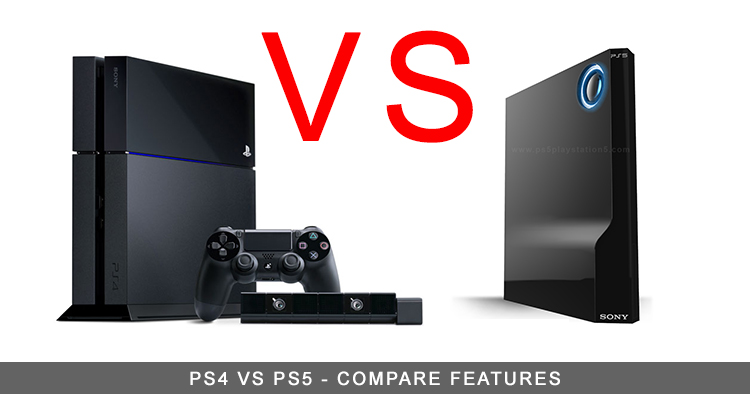 The video above shows just how powerful the new SSD technology will be in the PS5. Not only will loading times be a thing of the past, but games will load their worlds faster than ever. This will lead to bigger environments, less texture pop-in, and far more detail in our games.

More and more details are coming to light, so it’s time to see how the PS5 will carry on the PlayStation legacy. I may not be a time traveler, but if you continue reading, you’ll find yourself in the future, if only for a moment.

I’m going to let you finish, but this stuff needs to change

There were several lessons that Sony took from the PS3 when they began talking about the PS4. The first of which was the launch pricing. When the PS3 came out, it was six hundred dollars. Even now, that is a lot of money to pour into a game console. We could go into economics and the fact that the cost of living is so high, but suffice to say that choice of pricing was not wise on their part. This was remedied in the PS4, but at a cost. The PS4 released at a price of four hundred dollars, which was a far more reasonable starting point.

What is official and what isn’t about next-generation PlayStation console? From sony at https://t.co/1JRZBg4LhK pic.twitter.com/eV6MWWKeWq

The only developers that could truly take advantage of the PS3 were the ones who knew how to work the infamous Cell Processor. Even with the power it had, the lack of consistent, quality titles for the system was enough to warrant a change. Did I love Uncharted, God of War, and Killzone? Of course, but I wanted every game to stand up to that level of quality. This was fixed in the PS4 with Sony choosing a very traditional, easy to develop for system architecture that more closely mimicked the style of modern PC’s. Because of this, PS4 has already been lauded by developers as a console that is far more easy to create games for. We all know that when the developer is happy, the gamers are too.

Finally, the PS3 was loved for its lack of region coding and the fact that the games were easy to buy and sell. When the Xbox One originally announced that it would not allow the playing of used games, this sent the community into an uproar. People like to feel a sense of ownership with their games, which we’ll discuss later in the article, but Sony was quick to say that the PS4 would continue to be a flexible machine that could play used games and would not require an internet connection.

It’s easy to see how these consoles have benefited by learning from the mistakes of the last generation. In addition, it is clear the each console acts as a testing ground for new and innovative ideas that if successful will carry on to the next generation. The PS4 has enough going on now and in the future, that we can predict how these elements will evolve into the PS5

Pricing is everything, but you get what you pay for

In my article about the specs of the PS5, I discussed some pretty impressive elements that will most likely be used in the PS5. Does this mean the PS5 will cost seven hundred, eight, or even a thousand dollars? 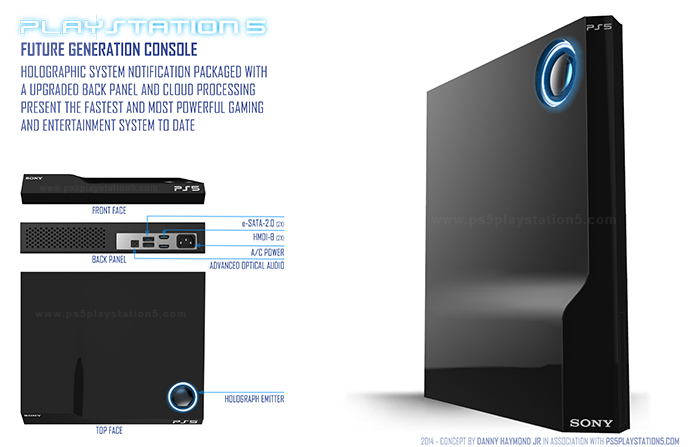 The PS5’s technology will be widespread enough that mass production won’t be an issue. This is good for the consumer as it will bring down costs. In addition the state of the economy could, and hopefully should be better in ten years time. Taking into account inflation and other potential indicators, the PS5 may not be as expensive as we think. A major component that will decide the cost of the system is going to be how much of the system is digital. It’s no secret that digital distribution is far less expensive than making discs, but will the general consumer be open to such a concept?

The fact of the matter is that the PS4 benefited greatly from being competitively priced. In the long run, a hundred dollars less than the competition is going to pay off. This was a major plus for the PS4, and Sony would be wise to continue the trend into the PS5.

Forget discs, Just beam it straight to my system

Digital downloads are becoming more and more prevalent but there’s no denying that people still like to have a physical disc. That being said, the concept is becoming more implemented. Even though games still come out on discs, they are also being offered as digital downloads. With the PS4, the entire games must be installed to the hard drive, and we’re talking up to fifty gigabytes per game. The storage of discs is only so large before it’s simply not logical to use discs anymore. 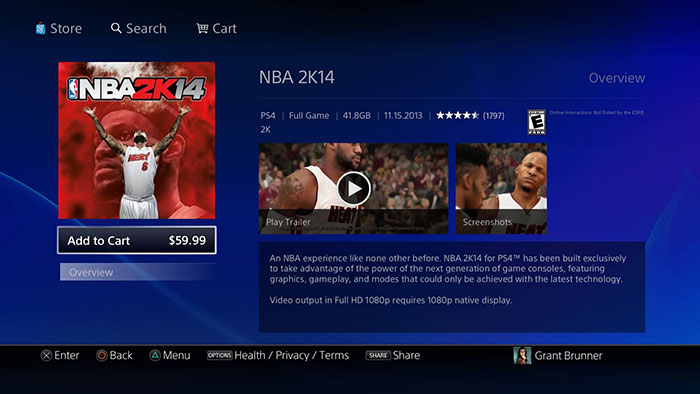 Part of the reason that downloads receive so much hate is that people don’t like waiting for their games to finish installing. PS4 implemented a feature where you can begin playing before it’s finished, but the PS5 will be released in the time of Light Peak technology, which promises download speeds of up to ten gigabytes per second. Waiting won’t be an issue. When the PS5 releases, discs will be a thing of the past, and Sony is already prepping consumers with this change by having the option to download every game you purchase.

It’s a smart move on their part to do it this way, as massive change is typically frowned upon. Gradual change however sneaks up and strikes before you know it, and therefore have time to complain about it. Ultimately though, this kind of change is good for the industry as it removes the barrier between the gamer and their games.

With digital downloads on the rise, the subject of storage space for all this digital content is also rising. The PS4 launched with a five hundred gigabyte hard drive, but this is honestly not enough. By the time the PS5 releases, we could be seeing hard drives that hold as much as 100 terabytes which is 100,000 gigabytes! Of course, this amount of space becomes moot if games themselves are extremely large in download size.

Another option is the onset of cloud-based gaming. Google Stadia is moving forward with this, while Sony decided to partner with Microsoft to make sure they don’t fall behind. Take PlayStation Now for example. This service allows you to stream games and have them delivered straight to your console in the same way you watch a movie or TV show on Netflix.

Remote servers (the cloud) are running the game and incorporating your inputs. You don’t have a disc, nor do you have a download. You are merely streaming the game straight to your console. It’s crazy to imagine such a world, and for me, it does bring forth questions about ownership and of course, the reliability of internet connections.

Granted, it’s better to own something you can see and touch, but people are willing to sacrifice tangible physicality for convenience. With the fast paced lifestyle of most people now and more so in the future, easy access to entertainment will be paramount.

Up until now, consoles have had a very similar set up. You plug it into your TV, you grab your controller, and you get to gaming. With the PS5, you may still use your TV, but odds are you’ll just strap into your system instead. Virtual and augmented reality is massively popular again, with the PS4 we’ve already seen it utilized in countless titles.

Sony has confirmed they have VR plans for the PS5 and that the current headset will work on the new system, so VR isn’t going anywhere. 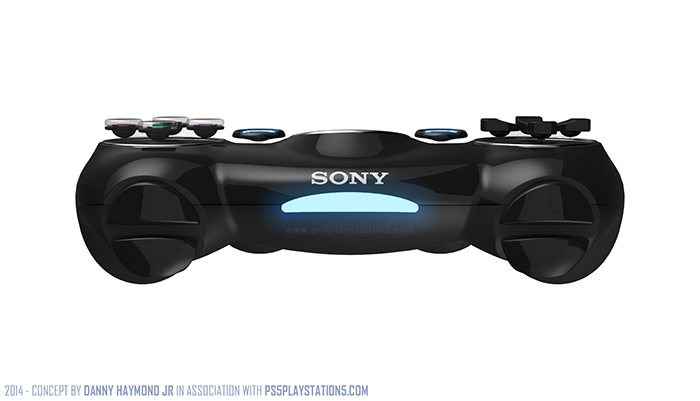 The PS5 will place you into your world like nothing else can. When you leave the house, you may bring your Head Mounted Display with you. This is an evolution of the remote play concept seen between the PS4 and the PlayStation Vita.

It’s too early to say if the PS5 will ditch the controller altogether, but I imagine it will either be extremely similar to the DualShock 4, or Sony will choose to simplify it and rely more on the motion tracking/virtual and augmented reality to deliver their new games.

The Future resides in the present

Each console leads into the next. Watch the PS4, see what works and what doesn’t. You’ll soon see patterns forming that will show you how the future will take these concepts and change them from budding ideas to blossoming concepts. The PS5 will be the culmination of every success and failure thus far in the gaming industry. With all of these lessons learned, we will immerse ourselves in a machine more perfect than anything else before it.

What elements of the PS4 do you think will evolve into the PS5? How do you think the two consoles will stack up? Tell us in the comments!

Games
Are you telling me that we’re able to play all from ps1 to ps4 games on the ps5?

Seriously?
Are you forgetting how much the PlayStation 3 released for? It was $600. There’s no reason for people not to pay that amount of money if the hardware and features are good enough.

I would be happy if 1080p60 was possible for most titles. Forget about graphs. We want better games. Games that play 60+ fps

PSP5
im a proud gamer4lyf, whatever the costs,im a haedcore fan, and looking forward wise…im all for the next generation, as ive had em all…(psp original to 4)..im lining up whos in

I don’t really care about graphics. All I want is the backwards comparability. I want to be able to play old games on this new console instead of using my old consoles to play games.

I like having a disk , that way if something happens to the console I still have my game.

Cant wait for that i need it ……very soon

PS4 vs PS5
I agree. PlayStation needs to at least give a longer time gap between PS4 & PS5 as I’ve only just got the PS4 and tbh I’m already impressed. Maybe an update so when the PS5 does come out then PS4 users could play new PS5 games on their console. That would make me happier about PS5s because I have nothing against PlayStation because they are doing wonderful things but for now I’m with PS4.

Still not convincing me to move from PC at all. I already have all this and I can have all my games installed at once.

What should I do
I currently have an Xbox 360 and its the year 2018 by the time i save money for the ps4 the ps5 would come out 1-2 year longer and 200$ more but i think the only changes to the ps5 are slightly better graphics but more storage and it runs faster. What Should I do?

Ps4
Its a 100 Terabytes not Gigabytes you dumbass

ps5
that’s too much money.we didn’t even pay that much for my ps4